Pearl Harbor was attacked by the Japanese in 1941. 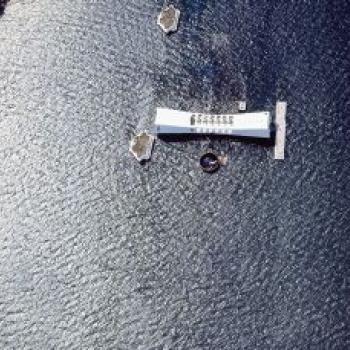 In 1941, the United States forces at Pearl Harbor, Hawaii, were taken by surprise when Japanese warplanes began to drop bombs on the city and naval base. Hundreds of soldiers and civilians were killed during the raid, and the Navy suffered the loss of a great number of ships and other military hardware. This event marked the American entrance into World War II.

On December 7, 1941, "a date which will live in infamy" in the words of President Franklin Roosevelt, many Americans were called upon to act as heroes. Countless Americans gave their lives in defense of our country and its citizens in Pearl Harbor. Similarly, the surprise attacks on America on September 11, 2001, called for heroic acts of selflessness from ordinary citizens, as well as firemen, police, military personnel, and other government workers. Ask students to compare these two events using the interactive Venn Diagram. How are they alike? How are they different?

How did each event change American citizens' perspectives on war and the need for war? How did the two different Presidents of the United States react? What was different about the media coverage?

The class could be divided into groups to brainstorm various aspects of this discussion and then report back to the class as a whole.

Teaching With Documents: "A Date Which Will Live in Infamy"

This resource from the National Archives includes the typed first draft of President Roosevelt's War Address to Congress with his handwritten edits. An audio excerpt of the speech is also available.

This page by the Naval Historical Center features a historic overview of the Pearl Harbor raid and its aftermath.

This Teacher Tool Kit contains a variety of primary and secondary sources that can be used to supplement your curriculum instruction and offer the most direct explanation of the events surrounding the attack on December 7, 1941.

Words and Deeds in American History

This page from the Library of Congress includes a copy of the U.S.S. Ranger's Naval dispatch from Commander in Chief Pacific announcing the Japanese attack on Pearl Harbor.

Grades
9 - 12
|
Lesson Plan
|
Standard Lesson
Argument, Persuasion, or Propaganda? Analyzing World War II Posters
Students analyze World War II posters, as a group and then independently, to explore how argument, persuasion and propaganda differ.
Grades
9 - 12
|
Lesson Plan
|
Standard Lesson
In the Style of Ernie Pyle: Reporting on World War II
Students will think this lesson should make the headlines when they finish researching Ernie Pyle's work in preparation for writing their own news articles.
Grades
6 - 8
|
Lesson Plan
|
Unit
Fighting Injustice by Studying Lessons of the Past
Social injustice occurs every day all over the world. In this lesson, students research a few historical examples of social injustice, including the Holocaust, the Trail of Tears, and Japanese internment.
Grades
3 - 5
|
Lesson Plan
|
Standard Lesson
Wartime Poetry: Working With Similes
Students analyze a photograph, brainstorm words to describe the characters' senses and feelings, work in pairs to describe a character's experience, and create a poem using their ideas and similes.
Grades
5 - 12
|
Calendar Activity
|
Holiday & School Celebration
Memorial Day is observed in the United States today.

Observed on the last Monday of May, Memorial Day honors the men and women who died while serving in the United States military. In addition to having celebrations with family and friends, many people visit cemeteries and memorials and place flags on the grave sites of fallen servicemen and women.

Grades
5 - 12
|
Calendar Activity
|
Historical Figure & Event
Patriot Day is celebrated today on the anniversary of the terrorist attacks of 2001.
Students write about the name "Patriot Day" and how it marks the anniversary of a huge disaster. An alternative assignment could be to ask students to record their reflections about 9/11.
Grades
K - 12
|
Student Interactive
|
Organizing & Summarizing
Venn Diagram