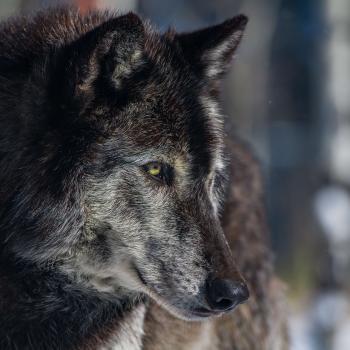 This lesson plan features an example of a cumulative literary experience or “literature unit” structured around a text set made up of conceptually-related fiction and nonfiction for reading aloud and for independent reading.

Beginning with a comparative study of selected, illustrated retellings of the traditional folktale “Little Red Riding Hood,” including versions from several different cultures, this literature unit continues with a study of modern revisions of this well-known tale. After students have an opportunity to explore similarities and differences among the retellings and revisions, they are introduced to fiction and nonfiction texts featuring wolves in order to provide them with a different perspective of the “villain” in the "Little Red Riding Hood" tales. The unit culminates in a class-written version of the folktale.

Wolves in Fiction and Nonfiction: Use this book list of fiction and non-fiction titles to create text sets about wolves in literature and in nature.

How to Implement Text Sets in the Classroom: This resource explains how to create a text set that complements titles selected for classroom read-alouds.

Literature, Literacy, and Comprehension Strategies in the Elementary School (Moss)

Researchers such as Dolores Durkin (1961), Margaret Clark (1976), Regie Routman (1988; 1991), and Kathy Short (1995) have found evidence that children who are immersed in rich, authentic literary experiences become highly engaged in literature and develop literary awareness. Their studies revealed that positive and meaningful experiences with books and written language play a critical role in the development of literacy skills. Other researchers have found that students acquired reading and thinking strategies in literature-based programs that included teacher-led comprehension instruction (Block, 1993; Baumann, 1997; and Goldenberg, 1992/1993).

Other examples of literature units can be found in Literature, Literacy, and Comprehension Strategies in the Elementary School (Moss, 2005). Additionally, see the citations for referenced researchers for full bibliographic information.

Assessment is an ongoing process throughout this literature unit. The objectives that guide the development of the lesson plan also provide criteria for evaluating the students’ engagement and understanding as readers, writers, and thinkers as they respond to the cumulative literary/literacy experiences in this unit. Review your observation notes and student work over the course of the unit to determine whether the objectives have been achieved and to inform future planning of literary/literacy experiences.

After listening to The Amazing Maurice and His Educated Rodents, students compare Pratchett's version with Browning's version and discuss how perspective changes the story.