Comparing Portrayals of Slavery in Nineteenth-Century Photography and Literature 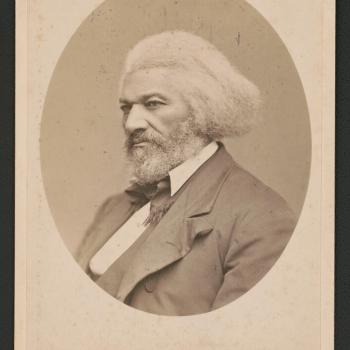 Huck Finn's moral journey parallels Mark Twain's questions about slavery.  Like the photographers of the nineteenth-century, Twain, a Realist, struggled with how best to portray fictionalized characters, while still expressing truth and creating social commentary.  In this lesson, students use a Venn Diagram to compare and contrast Mark Twain's novel and excerpts from Frederick Douglass' narrative to original photographs of slaves from the late-nineteenth century.  Then they write an essay to compare the different portrayals, arguing to what extent art can reliably reflect truth.  In addition, they will discuss art as social commentary.

Our students live in a world where information comes to them in visual and auditory form much more frequently than in written form.  Thus it is not surprising to see evidence that they sometimes have difficulty making the connection, via imagination, between written word and the experience that it represents.  Photographs can become subject matter for talking about and writing as well as exemplars for writing.

Professor Reuben provides key points about the Local Color Movement and Realism along with study questions.

Although this background focuses on photography after 1880, the short essay also offers a discussion of the role of industrialization in photography as well as an overview of how photographers were attempting to reflect the Realist movement of European painting.

This timeline provides a clear overview of the advancement of photography during the nineteenth century.

Chapter 1 from <i>Narrative of the Life of Frederick Douglass, An American Slav…

The Face of Slavery & Other Early Images of African Americans

The American Museum of Photography provides online access to historical photographs, including these representations of slave life from the mid-nineteenth century.

Provides Twain’s unique perspective on the role of photography in his contemporary world.

As a class, review students’ journal responses to describe Jim, and have students record all the adjectives on their own paper.  Then, lead a discussion about Mark Twain’s quotation (above).

Grades
3 - 8
|
Calendar Activity
|
Author & Text
Annual fence-painting contests take place in Hannibal, Missouri.
A scene from one of Twain's works is chosen and students map the story setting using the Story Map. Setting is then discussed as a class.
Grades
9 - 12
|
Calendar Activity
|
Historical Figure & Event
Frederick Douglass began publication of The North Star today in 1847.
Students read and discuss an editorial written by Frederick Douglass and then write the opening editorial for a contemporary publication devoted to a social cause important to them.
Grades
9 - 12
|
Lesson Plan
|
Unit
Literary Scrapbooks Online: An Electronic Reader-Response Project
Students capture scraps of information from a variety of Web resources and use them to create an electronic scrapbook. Emphasis is placed on evaluating and citing resources.
Grades
3 - 12
|
Student Interactive
|
Organizing & Summarizing
Compare & Contrast Map
The Compare & Contrast Map is an interactive graphic organizer that enables students to organize and outline their ideas for different kinds of comparison essays.
Grades
3 - 12
|
Student Interactive
|
Organizing & Summarizing
Comparison and Contrast Guide
The Comparison and Contrast Guide outlines the characteristics of the genre and provides direct instruction on the methods of organizing, gathering ideas, and writing comparison and contrast essays.
Grades
K - 12
|
Student Interactive
|
Organizing & Summarizing
Venn Diagram

Grades
5 - 9
|
Professional Library
|
Journal
Finding the Thread: Character, Setting, and Theme
An annotated bibliography of books that exemplify the plot elements, character, setting, and theme. Includes guidelines on how to do a book talk.
Grades
K - 12
|
Printout
|
Graphic Organizer
Venn Diagram, 3 Circles
Students use this graphic organizer to describe similarities and differences between three objects or ideas.