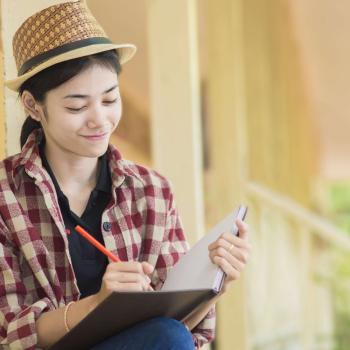 This lesson provides a platform in which students can critically analyze popular television programs. The media has a huge effect on popular culture. Television programs underscore stereotypes of various groups of people. By looking at the media critically, students develop an awareness of the messages that are portrayed through the media.

Children have vast amounts of information thrust upon them, much of it from media sources, much of it verbal or written, much of it visual, much of it manipulative. It is the child's task to make sense of it all, to construct reality from this information.

Videotape of popular sitcom from television

Use the following guiding questions to help generate a discussion about media literacy:

During class, view the videotape of a popular television program. Model the media observation activity by stopping the video to discuss various components of the activity included on the activity sheet.

Discuss the findings from the students' media observation activity. Rate programs that students viewed on a scale of 1-3.

Give students the Media Awareness Scavenger Hunt sheet. Students should complete activity items 1-12 by logging on to the media awareness website using the Web address provided on the activity sheet.

For homework, have students complete the writing activity at the bottom of the Scavenger Hunt sheet.

Students explore a variety of themes such as peace, culture, motion, sports, and competition using 2020/21 Summer Olympics games in Tokyo as the backdrop.