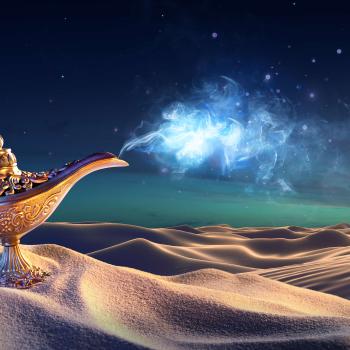 This lesson leads students through an exploration of age-appropriate texts of various formats that are in their own ways revisionist fairy tales. Ever a popular choice among students and teachers alike, the fairy tale/fantasy genre offers vast potential for highly engaged interaction and both critical and creative discussions and activities. After reading the stories Ella Enchanted and The Courageous Princess, students write journal entries on which of the two stories' heroines they'd most like to be. Next they read the poem "Grethel" and then compare and contrast all three female leads. Then students choose one of the texts and write their own revisions by turning the poem or book into another form. For instance, they can turn the poem into a book or the graphic novel into a narrative. Finally, students share their work and assess their own writing using a class-created rubric.

Over the last few decades, there has been a movement in literature to revisit, revamp and revise aspects of familiar storylines in established works. Classics such as Gone With the Wind, Dracula, The Scarlet Letter and The Wizard of Oz have received this treatment. Also popular among revisionist writers are age-old fairy tale themes, and this trend extends into quality fantasy Young Adult literature. Often within these retellings, female characters that once seemed bound by oppressive traditional structures become exciting, round protagonists actively ready to confront their worlds and the conflicts within them.

A similar theme has developed in contemporary fantasy comics and graphic novels. Women, once designated only as love interests, damsels in distress, or temptresses for the likes of hyper-masculine heroes such as Conan the Barbarian, have moved to the fore in epic titles like Sojourn, Rose, and The Courageous Princess. The young women in these works are not just secondary characters, but leading heroines, determined women as qualified as any man to not only take care of themselves, but to save the kingdom.

This lesson has students explore this genre by creating revisionist fairy tales using three pieces of literature as models for their own writing.

Observe students for their participation during the exploration and discussion of the different forms of fairy tales. In class discussions and conferences, watch for evidence that students are able to discuss the revisions made. Monitor students’ progress and process as they revise their selected fairy tales. As students present their tales to the class, take notes and assess their work using the rubric that the class creates during the second session.

Students examine the painting that inspired Sondheim's Pulitzer-prize winning musical and then create a story of their own based on image they choose.

Bring the celebration of reading and literacy into your classroom, library, school, and home all year long.