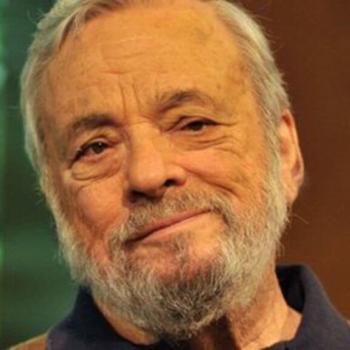 Along with his collaborators, composer/lyricist Stephen Sondheim has written musicals inspired by fairy tales (Into the Woods), historical figures (Assassins), folk legends (Sweeney Todd: The Demon Barber of Fleet Street), and even works of art (Sunday in the Park with George). His work has won him many Tony Awards for achievement in the theater, and in 2014 he was honored with a Presidential Medal of Freedom. His collected lyrics have been published in a two-volume edition. Stephen Sondheim died on November 26, 2021.

Sondheim’s 1984 musical Sunday in the Park with George features the character Georges Seurat and brings to life the figures in Seurat’s 1884 painting A Sunday Afternoon on the Island of La Grande Jatte.

The webpage of the Stephen Sondheim Society, a charitable group established to promote the public knowledge and appreciation of the works of Stephen Sondheim.  Here students can find information about his life and works, as well as the Sondheim magazine.

On this site, students can find well-organized lists and links about Sondheim’s shows, songs, recordings, and more.

This site contains links to resources on Sondheim and his work hosted at the Library of Congress.

The old cliche, "A picture is worth a thousand words" is put to the test when students write their own narrative interpretations of events shown in an image.

Grades
3 - 12
|
Calendar Activity
|
Holiday & School Celebration
Music in Our Schools Month is in March.
Students explore the effects of music on a story by reading a story, novel, or play, viewing the musical version, and comparing the two. Students can then select a text read in class and create a musical adaptation.