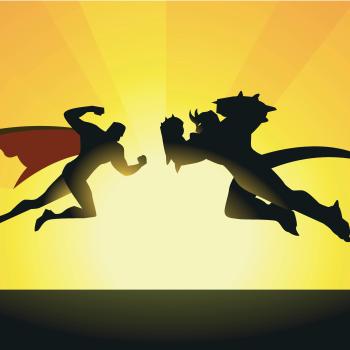 "A substantial, expanding body of evidence asserts that using graphic novels and comics in the classroom produces effective learning opportunities over a wide range of subjects and benefits various student populations, from hesitant readers to gifted students" (1).  In this lesson, students are encouraged to engage their imaginations while using critical analysis to respond to problems.  They discover the excitement of creating their own fictitious character, which opens the door to further conceptualizing-of adventures and settings, conflicts, social concerns, and unique methods of resolution.

This website provides a comprehensive database of superheroes, villains, super powers, and elements pertaining to superheroes.

Grades
3 - 5
|
Lesson Plan
|
Standard Lesson
Comics in the Classroom as an Introduction to Genre Study
Multidimensional, challenging, and popular with students, comics provide an excellent way to introduce the concept of genres.
Grades
3 - 5
|
Lesson Plan
|
Standard Lesson
Is Superman Really All That Super? Critically Exploring Superheroes
What makes a superhero super? By comparing popular culture superheroes with heroic characters in children's literature, students learn to think critically about character traits, and consider how cultural perspectives influence the kinds of heroes we choose.
Grades
9 - 12
|
Lesson Plan
|
Unit
Tracking the Ways Writers Develop Heroes and Villains
Everyone knows that Star Wars character Darth Vader is a villain. This lesson asks students to explore how they know such things about heroes and villains they encounter in texts.
Grades
9 - 12
|
Lesson Plan
|
Unit
Heroes Are Made of This: Studying the Character of Heroes
Designed to explore the hero and the heroic in literature, this unit asks students to discuss their ideas of heroism and analyze heroes in literature.
Grades
7 - 12
|
Professional Library
|
Book
Building Literacy Connections with Graphic Novels: Page by Page, Panel by Panel
This collection of essays by classroom teachers demonstrates how to pair graphic novels with classic literature (including both canonical and YA lit).
Grades
8 - 12
|
Professional Library
|
Journal
How Comic Books Can Change the Way Our Students See Literature: One Teacher's Perspective

In this article, Versaci details the many merits of using comics and graphic novels in the classroom, suggests how they can be integrated into historical and social issues units, and recommends several titles.

Grades
6 - 12
|
Student Interactive
|
Inquiry & Analysis
Hero's Journey
Students can use this tool to learn about the elements of the hero's journey, analyze a text that follows the hero's journey pattern, or start creating a hero story of their own.
Grades
3 - 12
|
Student Interactive
|
Organizing & Summarizing
Compare & Contrast Map
The Compare & Contrast Map is an interactive graphic organizer that enables students to organize and outline their ideas for different kinds of comparison essays.