Is Superman Really All That Super? Critically Exploring Superheroes 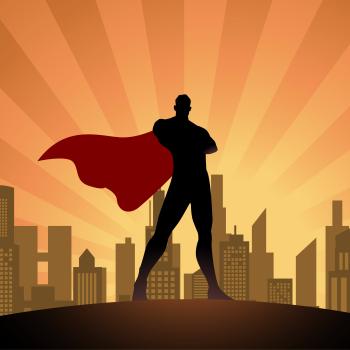 Popular culture texts such as comic books, video games, or even television shows can be valuable tools for teaching students critical reading skills. Comparing these texts with children's literature helps students explore what elements they share in common and how perspective or point of view influences their understanding of the characters. In this lesson, students generate their own list of superheroes from popular culture. They work in groups to read selected books and develop a list of superhero traits from these titles. They then compare the book superheroes with their pop culture counterparts using the online Venn Diagram or the Venn Diagram mobile app. Finally, students explore individual superheroes from multiple perspectives, using a list of guiding questions that encourages them to consider how superheroes might differ depending on audience, gender, or setting.

Homework (Due at the beginning of Session 2): Students should choose two or three of their favorite superheroes from popular culture texts. If they have game cards or comic books about these superheroes, they can bring them in if your school policy allows students to do so.

Note: In between Sessions 1 and 2, you may choose to do some research on the characters that your students mention, especially if you are unfamiliar with them. You will most likely find websites for many of them that describe the characters and the context that they operate in.

Note: If necessary, this session will take place in the computer lab.