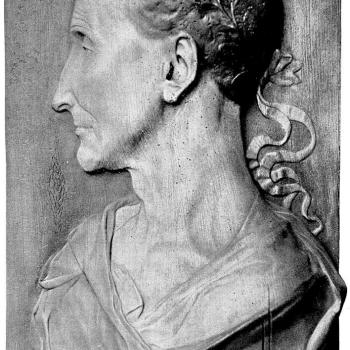 Students begin by evaluating the universal theme of betrayal from multiple perspectives. After reading time period scenarios as well as reflecting on personal experiences, students use critical thinking skills to explore and identify interventions for each the betrayal scenario, including their personal examples.  Students research Roman history, the setting of Shakespeare's drama, The Tragedy of Julius Caesar.  Applying this research, students write their own critical perspective of a scenario depicting plausible betrayal scenes from Roman times.  As the culminating project and assessment, students create comic strips with the student interactive Comic Creator.

In their article, “Reading From Different Interpretative Stances: In Search of a Critical Perspective,” Leland, Ociepka, and Kuonen (2012) report a study that they conducted in which eighth grade American students were introduced to several critical perspectives while reading short stories (430).  Speaking of the results, Leland, Ociepka, and Kuonen (2012) report, “The data we collected provides evidence that the activity of reading from different stances encouraged students to engage in flexible thinking and to see multiple perspectives” (436).  Morgan and York (2009) support this concept by explaining that “To grow in understanding, students need to consider the views of the people whose stories are told and explore those views in the context of the world as seen through the eyes of those people” (307).  Therefore, through the exploration of stories that include many different perspectives, students use critical thinking skills to empathize with people and characters who may seem very different from them (Morgan and York 308).  Specifically, Morgan and York (2009) describe specific strategies as a means for role playing to introduce multiple perspectives. DelliCarpini and Gulla (2006) describe the value of inviting students to add their perspectives to the mix of perspectives in the classroom. DelliCarpini and Gulla (2006) explain, “All students can benefit from the opportunities that our story-sharing approach provides, and they can begin to understand how their unique stories add perspective to events and see the connections between their background experiences, world events, and the classroom” (49).

Because “engagement with multiple perspectives under the skilled guidance of a teacher is potentially transformative,” in this lesson, students explore multiple perspectives to address critical thinking skills involved in understanding universal themes (Morgan and York 307).  The Tragedy of Julius Caesar takes place in 44 B.C.; therefore, students initially may find the lives of Julius Caesar and his contemporaries irrelevant to their lives in the 21st century.  However, using multiple perspectives to investigate the universal theme of betrayal, students gain a sense of empathy for the characters experiencing betrayal and familiarity with their feelings.  An additional value of this lesson is that students use otherwise hard to address critical thinking skills to develop an appreciation for differences in cultures and understanding of universal themes, while also finding relevancy in The Tragedy of Julius Caesar.

Students use this website to investigate the many avenues of Roman history and apply that knowledge to create an original scenario of betrayal that would be consistent with Roman times. This website is interactive and contains information that is general enough so as not to overwhelm the students for this activity but also provides enough detail to stimulate critical thinking.

Grades
9 - 12
|
Professional Library
|
Journal
Sharing Stories and Developing Multiple Perspectives in Post-9/11 Classrooms
Sensitive to the increased importance of valuing diversity and diverse points of view since 9/11, this article describes activities through which ESL students contribute new knowledge to their classes while simultaneously improving their English language skills.
Grades
9 - 12
|
Professional Library
|
Book
Reading Shakespeare with Young Adults
Dakin explores different methods for getting students engaged--and excited--about Shakespeare's plays as they learn to construct meaning from the texts' sixteenth-century language and connect it to their twenty-first-century lives.
Grades
3 - 12
|
Calendar Activity
|
Historical Figure & Event
Beware the Ides of March!
Students discuss and categorize superstitions, define a superstition, and compare the similarities and difference between proverbs and superstitions.
Grades
9 - 12
|
Lesson Plan
|
Standard Lesson
All's Well that Sells Well: A Creative Introduction to Shakespeare
Students compare attending a performance at The Globe Theater with attending a modern theater production or movie. They then create a commercial for an Elizabethan audience promoting a modern product.
Grades
9 - 12
|
Lesson Plan
|
Standard Lesson
Book Report Alternative: Characters for Hire! Studying Character in Drama
In this alternative to the traditional book report, students respond to a play they have read by creating a resume for one of its characters.
Grades
K - 12
|
Student Interactive
|
Writing & Publishing Prose
Comic Creator
The Comic Creator invites students to compose their own comic strips for a variety of contexts (prewriting, pre- and postreading activities, response to literature, and so on).