There Are No Small Parts: Minor Characters in David Copperfield 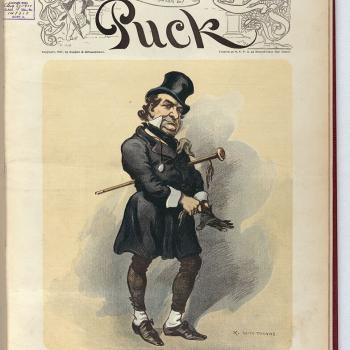 Capitalizing on the enormous cast of characters in Dickens' novel-and students' interest in the phenomenon of social networking, this lesson asks students to "fill in the gaps" of the life story of a minor character from David Copperfield.  Small groups choose a minor character from the novel and determine everything they already know about him or her.  They then use Web research and imaginative thinking to create a "back story" for the character.  Groups share their new perspective on the character with a social networking page for him or her, with options for extending the activity in several different directions.

This lesson was adapted from material originally developed for Teaching Dickens: A Masterpiece Guide by Katherine Schulten and Georgia Scurletis, published by WBGH Boston. This companion guide accompanies the 2009 Masterpiece presentation of "The Tales of Charles Dickens."

Profile Publisher: Students can use this online tool to draft online social networking profiles, yearbook profiles, and newspaper or magazine profiles for themselves, other real or fictional characters.

You Gotta BE the Book: Teaching Engaged and Reflective Reading With Adolescents (Wilhelm)

In "You Gotta BE the Book": Teaching Engaged and Reflective Reading with Adolescents, Jeffrey Wilhelm outlines ten dimensions of response that he sees students using as they work with a literary text.  Wilhelm calls one of those dimensions "elaborating on the story world" and explains that students engaging in that connective dimension "build up clues from throughout the story to make meaning; play detective, flesh out clues, and fill in story gaps, often creating meaning that goes well beyond that suggested by the text" (68).  This lesson invites student to engage in that dimension of creative and inferential response, giving them a structure for such imaginative connection and allowing them to match imaginations with Charles Dickens.

Web Resources for Exploring the Times of Charles Dickens

Students use the Profile Publisher to draft online social networking profiles, yearbook profiles, and newspaper or magazine profiles for themselves, other real or fictional characters.

Grades
8 - 12
|
Lesson Plan
|
Standard Lesson
From Text to Film: Exploring Classic Literature Adaptations
Students create storyboards to compare and contrast a book and its film adaptation.
Grades
7 - 12
|
Calendar Activity
|
Author & Text
A Christmas Carol was the first book transmitted over radio!
Students write a script for A Christmas Carol on a level that primary students can read and perform. Older students record the performance and create a website to showcase photographs.