When Less IS More—Understanding Minimalist Fiction 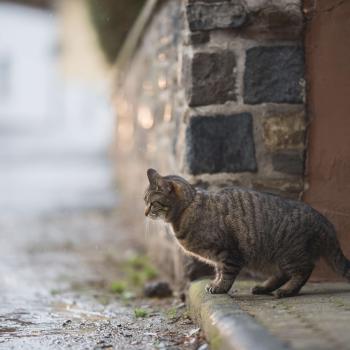 This lesson pairs Ernest Hemingway's "Cat in the Rain" with Raymond Carver's "Little Things" to guide students to an understanding of the characteristics of minimalist fiction. When asked to think about the reasons behind the popularity of minimalism, students begin to appreciate how literature develops and learn to see it as a reflection of the culture.

Students read both stories, generate a list of characteristics of each, and compare them using a Venn diagram. After reading background information about Carver and his role as an early minimalist writer, students read additional Carver stories and develop a list of the characteristics of minimalist writing. They then apply the list to Hemingway's "Cat in the Rain" and compare the plot, setting, conflict, and themes of Hemingway's story with Carver's "Little Things." Next, students explore the roots of minimalism and write in the minimalist style, an activity that encourages clear, concise prose.

Venn Diagram: Students can use this online tool to compare any two items, including short stories.

[Raymond] Carver is widely seen as the writer who introduced the minimalist style to American fiction in the 1970s. In doing so, he, like Hemingway decades before, influenced an entire generation of young writers-a group of whom, Jay McInerney among them, became known as the literary Brat Pack. Their very contemporary and very minimalist stories filled the pages of the best magazines and journals in the United States in the early 1980s-and so began a renaissance of the short story. . . .Carver greatly admired Hemingway's writing and saw it as an influence on his own work. He called "Cat in the Rain" "one of my favorite stories by Ernest Hemingway" (Pope and McElhinny 17), so I like to offer my students the story as we begin reading Carver and other early minimalists, in order to remind them that literature develops from the writing that came before it.

(Excerpted and Adapted from Rubenstein 18-19)