James Baldwin was born today in 1924. 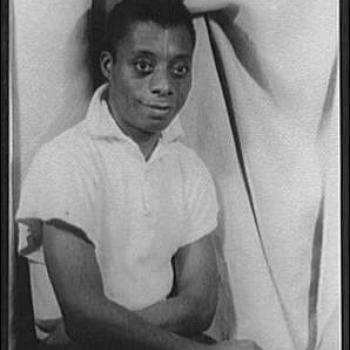 Novelist, essayist, and social critic James Baldwin was born on August 2, 1924, in Harlem. At 14, he was in training to become a Pentecostal preacher, but by 17 he had become disillusioned with Christianity. Troubled by the racism he encountered in America, he moved to France when he was 24 where he wrote his first book, the semi-autobiographical  Go Tell It on the Mountain. Later works include  Giovanni's Room, known for its frank depiction of homosexuality, and a collection of essays,  The Fire Next Time. Eventually known as a key voice in the Civil Rights Movement, Baldwin died in France in 1987.

Preview and share with students all or parts of Baldwin's 1963 essay A Talk to Teachers. Ask students to identify Baldwin's main contentions about race relations in America and think critically about connections they see to other texts (such as poems, books, or films) and to contemporary social issues.

Then invite students to use the Letter Generator to write a letter to Baldwin responding to his ideas and how they see them resonating with the present.

From the PBS American Masters program James Baldwin: The Price of the Ticket, this "about the author" site shares biographical information and links to several video clips of Baldwin in conversation.

This New York Times article reports on the acquisition of Baldwin's personal writing by the Schomburg Center for Black Culture in Harlem. It includes images of several pages of Baldwin's hand- or typewritten manuscripts.

Baldwin's entry at the Poetry Foundation features an extensive biography and links to poems and other works.

I Am Not Your Negro: Official Site

Nominated for an Academy Award for Best Documentary Picture. I Am Not Your Negro is Raoul Peck's 2016 adaptation of Baldwin's unfinished manuscript Remember This House. The site offers video excerpts and background information.