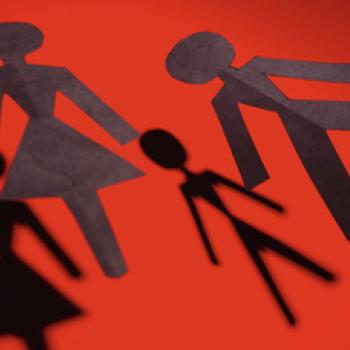 Middle school students face a lot of pressure, including pressures coming from stereotyped gender expectations. This lesson has students brainstorm some gender stereotypes, find examples in popular culture, and discuss how the stereotypes affect their lives. After this introduction to stereotypes, students choose two characters (one male, one female) from a class novel, and analyze the ways that the characters' speech is described. Students then evaluate how the author's language might send a message about gender roles. Optionally, students may present their findings to the class and discuss their opinions in small groups.

Interactive Venn Diagram: Use this online tool to compare and contrast any two items, such as gender tags.

Issues of gender identity and what it means to be male or female come into play for many middle school students, as they are defining who they are and where they fit in the world. Exploring gender identification issues through literature is one alternative that the teacher can use to help students develop a clearer concept of what it means to them to be male or female while also exploring and judging gender stereotypes. In Gendered Fictions, Wayne Martino and Bronwyn Mellor explore the ways that "the versions of masculinity and femininity that particular texts appear to support or challenge" (xi) through close textual reading and analysis. They explain, "texts construct particular ‘versions of reality' rather than reflecting to readers the real world, of life, as it ‘really' is" (xi). "Readers," they continue, "can make generally agreed sense of texts only by adopting certain ways of thinking about gender. Thus, texts can be read as supporting or challenging particular ways of thinking about what it means to be a man or a women by setting up gendered reading positions" (xi). By asking students to explore these gender assumptions, teachers can encourage students to question more fully the "norms" they see and often tacitly accept.

Final assessment for this unit will be based partially on participation in discussions, completion of assignments (example of stereotype and list of tags for two characters), the completed Venn diagrams, and the final informal reflection. For more formal assessment, use the Making a Poster Rubric and/or the Class Discussion Rubric.

Alternatively, make assessment become part of the next novel or short story that students read. Listen for students to note the word choice that the author chooses to describe the speech of characters as they read. To make this process more structured, conclude this activity by creating a customized list of characteristics to look for in future readings. In this way, students add a new analytical technique to their repertoires.