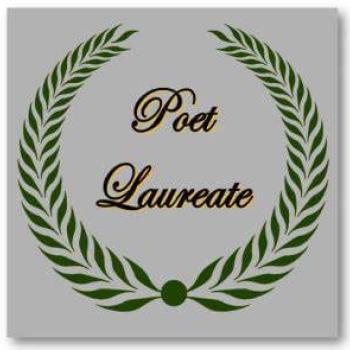 From 1938 to 1986, the United States had "Consultant in Poetry to the Library of Congress," and from 1986 forward the position was re-named the now more familiar “Poet Laureate Consultant in Poetry," or Poet Laureate. The honored poet must present one major work of poetry and read poems at national ceremonies.

According to the Library of Congress, the Poet Laureate serves as “nation's official lightning rod for the poetic impulse of Americans. During his or her term, the Poet Laureate seeks to raise the national consciousness to a greater appreciation of the reading and writing of poetry.”  Past Consultants in Poetry or Poets Laureate have included Robert Frost, William Carlos Williams, Robert Hayden, Gwendolyn Brooks, Rita Dove, and Billy Collins.

Robert Pinsky, the 39th Poet Laureate of the United States (1997-2000), began the The Favorite Poem Project in which Americans of all ages named their favorite poem.  After listening to a few poems nominated and shared as part of that project (scroll down the page to the heading “The First Events” for the media files), invite students to read or re-visit poems and collections of poetry in your classroom library to select a favorite poem they wish to share.

Use or modify the guidelines from the Favorite Poem Community Forum to host a celebration in your own school or classroom.

This site provides descriptions of and links to the projects of past Poet Laureates, including Billy Collins’ Poetry 180.

From the Library of Congress Digital Reference Section, this page offers information on poet laureate's life and work, as well as to external Web sites that feature biographical information, interviews, poems, audio, video, and other materials that highlight the activities of each poet.

Awarded by the Poetry Foundation for a two-year tenure, the children’s poet laureate aims to raise awareness that children have a natural receptivity to poetry and are its most appreciative audience, especially when poems are written specifically for them.

This website provides teachers with a variety of poetry resources, including a searchable database of poets and poems, curriculum units, teacher workshops, and more.

Grades
6 - 8
|
Lesson Plan
|
Standard Lesson
Found Poems/Parallel Poems
Students compose found and parallel poems based on a descriptive passage they have chosen from a piece of literature they are reading.
Grades
3 - 5
|
Lesson Plan
|
Standard Lesson
Seasonal Haiku: Writing Poems to Celebrate Any Season
After listening to haiku poetry, students use seasonal descriptive words to write their own haiku, following the traditional format. They then publish their poems by mounting them on illustrated backgrounds.
Grades
3 - 5
|
Lesson Plan
|
Standard Lesson
Composing Cinquain Poems with Basic Parts of Speech
Reinforce student understanding of parts of speech through the analysis of sample cinquain poems followed by the creation of original cinquains.
Grades
1 - 2
|
Lesson Plan
|
Minilesson
Composing Cinquain Poems: A Quick-Writing Activity
Students use themed graphic organizers to compose cinquain poems on topics common in the early elementary classroom.
Grades
6 - 8
|
Lesson Plan
|
Minilesson
Alliteration in Headline Poems
Students will be introduced to the term alliteration and create a headline poem consisting of 25 words that contain at least three examples of alliteration.
Grades
3 - 5
|
Lesson Plan
|
Unit
Peace Poems and Picasso Doves: Literature, Art, Technology, and Poetry

Students create acrostic poems using their names and the names of things that are important to them.

Grades
9 - 12
|
Lesson Plan
|
Minilesson
Is a Sentence a Poem?
Students use their own poetry to analyze syntax, imagery, and meaning in a one-sentence poem by a canonical author to decide what makes it a poem.
Grades
3 - 5
|
Lesson Plan
|
Standard Lesson
Color Poems—Using the Five Senses to Guide Prewriting
Students use their five senses as a prewriting tool to guide their poetry writing as they compose free-form poems using imagery to describe a color.
Grades
3 - 5
|
Lesson Plan
|
Standard Lesson
Theme Poems: Writing Extraordinary Poems About Ordinary Objects

Students select a familiar object online, build a bank of words related to the object, and write theme poems that are printed and displayed in class.

Grades
2 - 5
|
Lesson Plan
|
Standard Lesson
Writing Acrostic Poems with Thematically Related Texts in the Content Areas
Students read thematically related texts, scaffolded from simple to complex, to help them gather necessary concept vocabulary and background knowledge in a content area. They then write acrostic poems to organize and present their learning in a creative way.
Grades
3 - 5
|
Lesson Plan
|
Minilesson
Poetry Plus! Creating 21st Century Poems with Web Tools
This lesson encourages students to immerse themselves in poetry as they share their original poems orally and digitally with published poets and peers nationwide.
Grades
7 - 10
|
Lesson Plan
|
Standard Lesson
Engineering the Perfect Poem by Using the Vocabulary of STEM

Grades
7 - 12
|
Lesson Plan
|
Unit
Crossing Boundaries Through Bilingual, Spoken-Word Poetry
Students explore the idea of "crossing boundaries" through bilingual, spoken-word poetry, culminating in a poetry slam at school or in the community.
Grades
9 - 12
|
Lesson Plan
Choose, Select, Opt, or Settle: Exploring Word Choice in Poetry
Students investigate the effects of word choice in Robert Frost's "Choose Something Like a Star" to construct a more sophisticated understanding of speaker, subject, and tone.
Grades
3 - 8
|
Calendar Activity
|
Author & Text
Ernest Thayer, author of the famous poem "Casey at the Bat," was born in 1863.
In small groups or individually, students make baseball cards for the players in the poem "Casey at the Bat." Students can use a word processor or the Character Trading Cards interactive to create their cards.
Grades
3 - 6
|
Calendar Activity
|
Literacy-Related Event
Participate in Poem in Your Pocket Day!

Grades
3 - 12
|
Student Interactive
|
Writing Poetry
Letter Poem Creator
The Letter Poem Creator provides an online model for the thought process involved in creating poems based upon a letter; then, students are invited to experiment with letter poems independently.
Grades
K - 8
|
Professional Library
|
Journal
Joyful Noises: Creating Poems for Voices and Ears
This article discusses the efforts of a fifth-grade teacher and a visiting poet to rekindle students' sense of poetic passion and pleasure and describes how the authors introduced students to poems for two voices.
Grades
6 - 12
|
Professional Library
|
Book
Getting the Knack: 20 Poetry Writing Exercises
Dunning and Stafford, both widely known poets and educators, offer this delightful manual of exercises for beginning poets.
Grades
9 - 12
|
Professional Library
|
Book
Teaching Poetry in High School
Albert Somers offers teachers a vast compendium of resources for teaching poetry in a highly accessible format.
Grades
8 - 12
|
Professional Library
|
Journal
Building Community through Poetry: A Role for Imagination in the Classroom
Methods such as the circle poem, the "poetic interview," the found poem, and the poetic field trip are just some used by the author to create an atmosphere of mutual support and enable students to initiate "imaginative possibilities."
Grades
K - 8
|
Professional Library
|
Journal
Language and Literacy: The Poetry Connection
Offers a conceptual framework for building language awareness through the reading of poetry, encouraging children to reflect on language in interesting and powerful ways. Provides an instructional model for constructing literature-based experiences in the classroom.
Grades
9 - 12
|
Professional Library
|
Book
Risking Intensity: Reading and Writing Poetry with High School Students
Judith Michaels approaches the subject of the self at both the personal and practical levels, opening the world of poetry to her classes through carefully planned strategies.
Grades
Grades
K - 5
|
Strategy Guide
Performing Poetry
Performing poetry incorporates oral reading, literature, and the performing arts. This strategy can benefit content area readers, English language learners, or learners with special needs.