Freedom of Speech and Automatic Language: Examining the Pledge of Allegiance 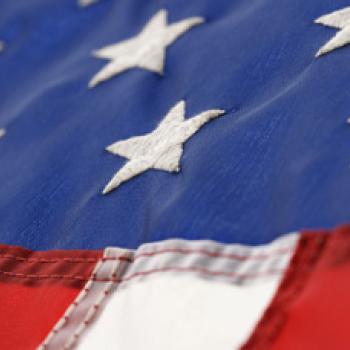 Most students in American classrooms know the words to the U.S. Pledge of Allegiance. The words are a kind of automatic language. We say them easily—perhaps every day, but we may not think in detail about what we are saying. This lesson plan asks students to explore this rote learning and their own right to freedom of speech by examining the Pledge of Allegiance from a historical and personal perspective and in relationship to fictional situations in novels they have read. Using a novel such as Speak by Laurie Halse Andersen or Nothing But the Truth by Avi, students learn how the novel's protagonist and other characters in the story deal with free speech issues in varying ways and are invited to think about pledges that they are willing to make and how they express their freedom of speech.

Interactive Venn Diagram: Students can use this online tool to compare the pledge of the United States to that of another country. It can also be used to organize ideas for a variety of comparison and contrast activities.

By Design or By Habit: Writing and Learning about Automatic Language (Hubbard)

In "By Design or By Habit," Frank Hubbard asks his students to think carefully about the words that we say as a result of rote memorization, such as the U.S. Pledge of Allegiance, the "Star-Spangled Banner," or a religious prayer or quotation. Hubbard calls such memorized pieces "automatic language." They are pieces "with language that has been so routinized or memorized that its user finds the language invisible, or nearly so" (4). By examining language word-by-word, students are challenged to "focus on the intention, the meaning behind the words, thus helping them reclaim something from its automatic status and restore it to a living and vital form" (4). Not internalizing such automatic language can have unexpected consequences. A recent Knight Foundation report "found that three out of four students say either that they do not think about the First Amendment or that they take its rights for granted." (Aronson, 2006)

In this lesson, students think not only about the words they say when they recite the U.S. Pledge of Allegiance, but also the specific words of the First Amendment to the Constitution and what the right to freedom of speech means on a personal level.

Grades
5 - 12
|
Calendar Activity
|
Holiday & School Celebration
Bill of Rights Day is observed.
Students identify a students' rights issue and explore the ways in which the Bill of Rights does protect and does not protect students.
Grades
5 - 12
|
Calendar Activity
|
Author & Text
Avi was born in 1937.
After reading Nothing But the Truth, students explore a current event topic and write their own short work of fiction in a similar multigenre format.
Grades
5 - 12
|
Calendar Activity
|
Holiday & School Celebration
June 14 is Flag Day in the U.S.
Students consider how America, Americans, and the flag are represented in different patriotic songs and hypothesize about the reasons for their differences.
Grades
3 - 12
|
Calendar Activity
|
Historical Figure & Event
It's Independence Day! Or is it?
Students consider why there are so many different dates associated with the Declaration of Independence and why the nation's birthday is celebrated on July 4.
Grades
7 - 12
|
Calendar Activity
|
Historical Figure & Event
Thurgood Marshall was appointed to the Supreme Court in 1967.
After discussing a statement made by Thurgood Marshall, students consider each piece of the comment and create a K-W-L chart to begin an investigation with other resources.
Grades
9 - 12
|
Calendar Activity
|
Author & Text
Author Laurie Halse Anderson was born today.
Laurie Halse Anderson, the New York Times-bestselling author who is known for tackling tough subjects with humor and sensitivity, was born on this day in 1961.
Grades
9 - 12
|
Calendar Activity
|
Historical Figure & Event
Thomas Nast was born on this day in 1840.
Students explore free speech issues, search the newspaper or Internet to create a list of current events, and draw original political cartoons.
Grades
9 - 12
|
Lesson Plan
|
Standard Lesson
Analyzing Famous Speeches as Arguments
Students are often asked to perform speeches, but rarely do we require students to analyze speeches as carefully as we study works of literature. In this unit, students are required to identify the rhetorical strategies in a famous speech and the specific purpose for each chosen device. They will write an essay about its effectiveness and why it is still famous after all these years.
Grades
K - 12
|
Student Interactive
|
Organizing & Summarizing
Venn Diagram