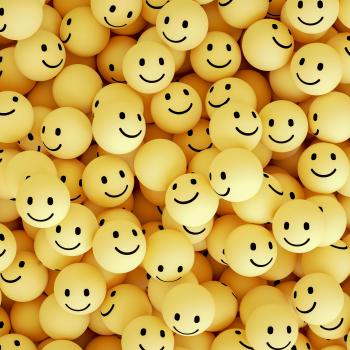 The popular saying “Imitation is the sincerest form of flattery,” coined by Charles Caleb Colton, is the basis for this lesson, which asks students to analyze the features of a poet's work then create their own poems based on the original model. Students analyze sample poems and their parodies, focusing on the language and style of the original writer. They then write their own parody of the poem. This lesson uses William Carlos Williams' poem “This is Just to Say,” but a list of alternative poems and their parodies is also included.

Venn Diagram: Students can use this online tool to compare two or three items.

Are We Having Fun Yet? Humor in the English Class (McMahon)

In Accent on Meter: A Handbook for Readers of Poetry, Joseph Powell and Mark Halperin define parody as "The deliberate mocking of a serious composition by imitating its style or tone" (140). Though such mockery can seem made at the expense of the original text, Powell and Halperin remind us that "these parodies often come out of respect for the original" (140). Parody, as Maureen McMahon explains, "involves an in-depth study of a writer's style . . . [thus] it is a useful way to familiarize students with literary devices" (72).

Accent on Meter: A Handbook for Readers of Poetry (Powell)

As students discuss poems and their parodies, listen for comments that indicate that students understand the style and other characteristics of the poet who is being parodied. Provide supportive feedback for observations that show students are making connections between the poet’s style and their own writing. If desired, use the Discussion Checklist from the Literary Parodies Assessment reproducible for more structured feedback on class discussion.

Informal feedback from student groups, as they read one another’s parodies, provides students with the reactions of an audience of readers. For formal assessment and peer review, use the Parody Poem Writing Checklist from Literary Parodies Assessment reproducible.

After writing and class discussion about the poet’s style, ask students to reflect on their exploration in their journals. To help students get started, ask them to write on the following questions:

Read the pieces and comment on the self-reflections, noting important observations that students make and asking provoking questions where they need to think more deeply.

Students read a section from On the Road that deals with cross-country travel and reflects Kerouac's unique writing style. Students then attempt to write a narrative using Kerouac's stream-of-consciousness style.

Grades
9 - 12
|
Lesson Plan
|
Standard Lesson
Style-Shifting: Examining and Using Formal and Informal Language Styles
Students observe how language features vary when shifting from an informal to a formal style or vice versa. By engaging in style shifting in both speech and writing, students become aware of how we all change language styles depending on the contexts in which we are speaking or writing.
Grades
9 - 12
|
Lesson Plan
|
Unit
Comparing William Carlos Williams's Poetry with Cubist Paintings

Through discussion, drawing, and writing, students compare how William Carlos Williams's poetry and Cubist and Precisionist painting employ similar artistic strategies, enhancing their understanding of both kinds of text.