Responding to Tragedy: Then and Now 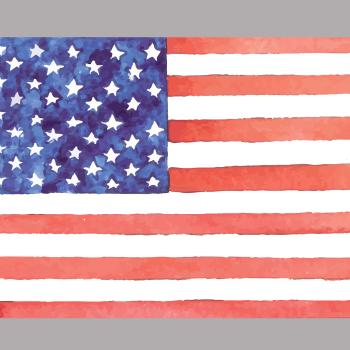 Though this lesson focuses on the terrorist attacks on September 11, 2001, the activities can be used to help
students reflect on their responses to any tragedy from which they now have some distance. Students read and
discuss the personal responses of four different poets, focusing the relationships between language and
meaning. They then compose a poem of their own that includes a section addressing their initial responses to
the tragedy and their response to it in the present. Finally, they reflect on what they have learned by exposed to
the perspectives of their peers through reading their poems.

Poems After the Attack

A collection of poems responding to the September 11, 2001 terrorist attacks written by "poets who believe in the value of poem-making and the power of word-art in the face of calamity and horror."

From the American Folklife Center, this collection of 14 drawings was submitted by third-grade students from Sequoyah Elementary School in Knoxville, Tennessee.

Grades
5 - 12
|
Calendar Activity
|
Historical Figure & Event
Patriot Day is celebrated today on the anniversary of the terrorist attacks of 2001.
Students write about the name "Patriot Day" and how it marks the anniversary of a huge disaster. An alternative assignment could be to ask students to record their reflections about 9/11.
Grades
K - 11
|
Calendar Activity
|
Historical Figure & Event
The tropical storm that became Katrina formed over the Bahamas in 2005.
As a class, students explore weather-related and other natural disasters that their geographical area is prone to and review emergency preparedness and procedures.
Grades
8 - 12
|
Calendar Activity
|
Author & Text
Poet Paul Laurence Dunbar was born today in 1872.
Students read one of Dunbar's most famous poems and explore how critical excerpts shape their understanding.
Grades
6 - 8
|
Lesson Plan
|
Standard Lesson
Heroes Around Us
Students select, read about, and report on a hero and then identify how their hero matches certain criteria and characteristics. Hero reports are then compiled into a class book.
Grades
5 - 8
|
Lesson Plan
|
Standard Lesson
Glogging About Natural Disasters
After researching various natural disasters, students share their findings with each other using glogs, or through poster presentations.
Grades
9 - 12
|
Professional Library
|
Journal
Sharing Stories and Developing Multiple Perspectives in Post-9/11 Classrooms
Sensitive to the increased importance of valuing diversity and diverse points of view since 9/11, this article describes activities through which ESL students contribute new knowledge to their classes while simultaneously improving their English language skills.